The answer would be a categorical yes. Although this year has wiped out more intended track time and resulted in covering only a fraction of the distance they did last year all is well. They have been off the vehicle once for a good clean and they do look to be holding up well in the corrosion department. The struts are in great condition, no doubt helped by a regular wipe and covering of ACF-50. There are a few tiny signs of surface rust on a few spots on the springs but overall both struts and springs have stood up well to our notorious wet weather. Whilst they were off and the stock set back on I got a chance to evaluate the difference. The stock set up is in no way a massive step down. It’s just I had got so used to adjusting to suit the terrain. At higher speeds it was far less composed over undulated surfaces and ‘bobbled’ far more at the rear than I remembered. Also I found I could not maintain the same speeds over familiar roads. The fact you can dial in a more compliant setting for motorway journeys with the Ohlins than with the stock set up is testament to how good the damping range is. What I did find surprising was how much the stock set up responded to heavy braking. It caught me out on a few occasions!

To solve the front camber issue I ended up purchasing adjustable front top mounts from Raceseng in the USA. They don’t seem to have held up quite so well! TBH I was a bit disappointed when they were first fitted last summer. Although they were silent over smooth tarmac they ‘clicked’ over rough surfaces at low speed. 12 months on and the noise has turned into an annoying clunk. I have contacted them and to their credit they have offered to post out some new bearings.

My tyres are now all the same width and I opted for some SPC adjustable rear LCA’s to solve the uneven camber I had after lowering. After playing with a few geo settings I concluded I didn’t get along with a parallel toe set up at the front. It felt too numb at dead centre so opted for a much preferred small amount of toe with a touch of toe at the rear. Camber set up is neg 2.5 degrees up front and neg 2 at the rear. The Raceseng top mounts also have some castor adjustment so that has been dialled into max. Although I would imagine that extra adjustment would benefit straight line stability I haven’t dialled it back yet to see what difference it makes.

Seeing as the struts will need to come off soon to sort the current top mount issue I will get a chance to compare Ohlins own. Then hopefully some more track time. But then who knows what the rest of 2020 has in store!
Last edited by Hatchi; 12th September 2020 at 03:42.
Hatchi is offline
Quote
post #92 of 94 (permalink) Old 12th September 2020, 07:25
nikitopo
Member


Join Date: Jun 2017
Posts: 78
This is what bothers me with adjustable coilovers. Have to maintain them often, wipe them regular and keep the dirt out of the threaded sleeves. Other issue is that they are not corrosion and rust free. Especially in salty condition roads or under harsh chemicals used in automatic car washing machines. I had a set of "quality" coilovers and after 2 years I sold them. Condition was barely acceptable in a low mileage car. I cannot imagine what their condition would be in a highly mileage car.
nikitopo is offline
Quote
post #93 of 94 (permalink) Old 12th September 2020, 08:53
church
Expert


Join Date: Mar 2018
Posts: 171
Garage
Quote:
Originally Posted by church View Post
"clicked", turned into "clunk" .. looks like installation error of untightened properly top nut, which wore down pillowball bearing.
Hatchi: considered using impact tool? https://youtu.be/2bab6x47CSs
Was under the impression an impact gun was a no no on the shock top nut. Way too easy to overcook it


Surely this is the only way? 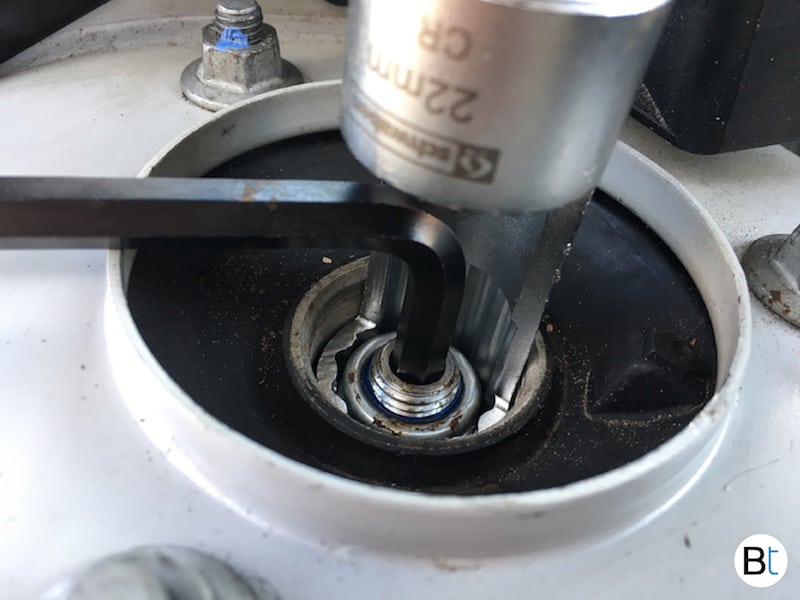